Panday: Surprise underneath a ptosis – Conjunctival and tarsal plate Amyloidosis presenting as ptosis

Amyloidosis is a spectrum of disorders characterized by the deposition of amyloid , an extracellular protein in an abnormal fibrillar form, with highly characteristic histopathologic staining properties. Eyelid involvement can be associated with both immunologic (primary) and reactive (secondary) amyloidosis. We present a case of unilateral localized conjunctival and tarsal plate amyloidosis, presenting as ptosis.

An 18 year old male presented to our institute with the complaint of drooping of right upper eyelid since four months and an unremarkable systemic and ocular examination except a moderate degree ptosis with levator action of 10mm. [Figure 1a,b] Posterior approach Levator Palpebrae Superioris (LPS) plication was planned. Per operatively after eversion of upper right eyelid the tarsus appeared hypertrophied and brittle. [Figure 2]. The abnormal looking tarsal tissue was excised and sent for histopathology (HP) and ptosis was corrected by levator plication. The histopathology (HP) of the excised tissue revealed eosinophilic acellular hyalinised material which had a positive apple green birefringence in polarising microscope with congo red staining, consistent with amyloidosis.[Figure 3] Investigation for systemic amyloidosis were negative. At one year follow up the lid height was satisfactory and patient had no ocular and systemic complaints. [Figure 4]. 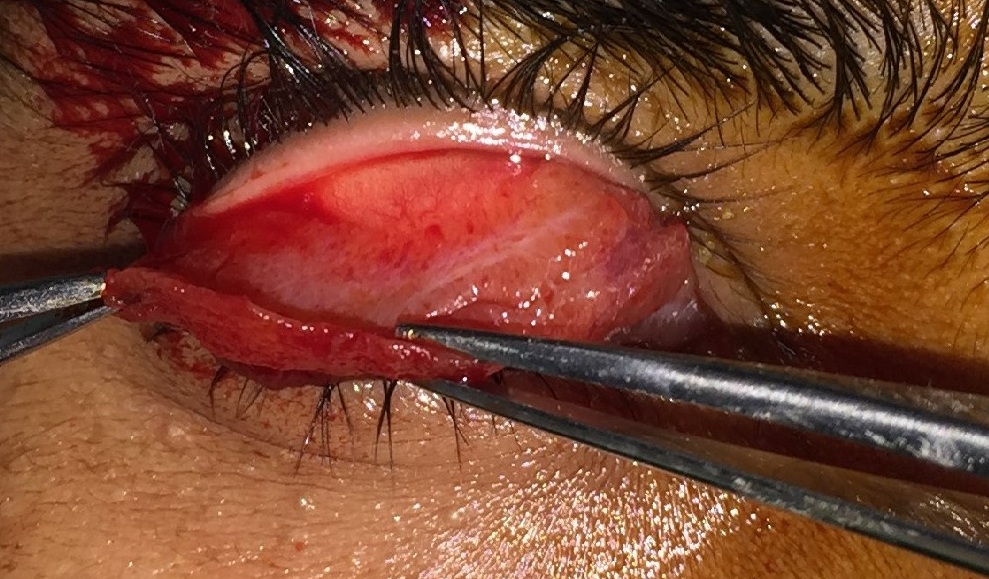 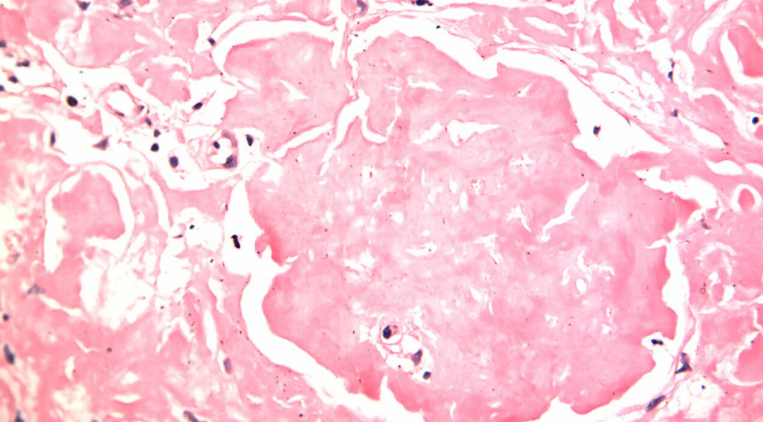 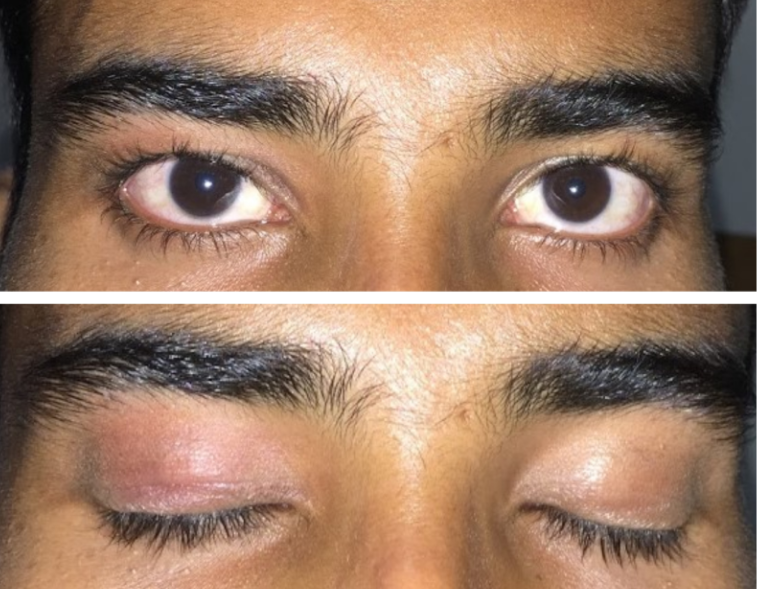 Localized amyloidosis involving the tarsal conjunctiva and tarsus is a rare cause of chronic eyelid thickening and ptosis.1 There are various predisposing conditions and systemic involvement can affect various organs. Hence, localized disease warrants a thorough clinical evaluation and laboratory investigation.2 Absence of any skin changes on the eyelid or symptoms of ocular irritation, in our case, led us to an unsuspecting diagnosis of aponeurotic ptosis. Published literature mention recurrent haemorrhage, ocular irritation, multiple site involvement of conjunctiva, lid thickening and Levator muscle involvement as associated findings with ptosis.3 Our case had no signs and symptoms other than Ptosis at presentation highlighting the vast spectrum of presentation of amyloidosis .

No financial support was received for the work within this manuscript.

The authors declare they have no conflict of interest.