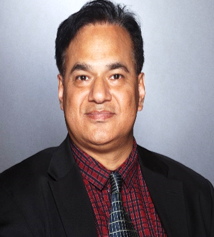 Orbital exenteration was first described by George Bartisch in 1853. He gave full instructions about the instruments and techniques involved in removing the entire contents of the orbit and tumors out of the socket while the first report of modern total exenteration in the early 20th century was published by Golovine. In recent years, several modifications such as eyelid-sparing techniques, retention of the conjunctiva, and preservation of the periorbita have been introduced for use during exenteration to aid in facial rehabilitation.1 Orbital exenteration is a psychologically and anatomically disfiguring procedure where surgical excision of all the contents of orbit including eyeball, periorbital with or without the eyelids. It is indicated for primary malignant orbital tumors or secondary tumor invasion to orbit from eyelid and intraocular tumors which may be life threatening and those which does not respond to other conservative mode of treatment like chemotherapy or radiation. Although orbital exenteration is a disfiguring procedure, it can provide a complete cure in squamous cell carcinoma of conjunctiva, basal cell carcinoma and malignant melanoma of eyelid. Conservative excisions in these tumors are likely to have frequent and aggressive recurrences. It is generally considered to be a radical procedure that should be performed only when there is a valid indication. Rarely, it may even be indicated in advanced benign tumors like neurofibromatosis or arteriovenous malformation with orbital deformity and in fulminating orbital fungal infection like mucormycosis.2

In conventional exenteration, skin incision is given at the orbital rim and dissection carried up to periorbital. It is tightly adhered around the rim which separated from underlying orbital bone with periosteal elevator and gentle dissection carried out in the same plane up to the apex or up to the retrobulbar area depending upon the type of above mentioned the exenteration, ensuring hemostasis in the meantime. Then a pair of curved enucleation scissors is then introduced to the posterior orbit to divide the optic nerve and posterior orbital structures. The remaining orbit is then inspected carefully for any residual tumors before packing the open socket with paraffin gauze.

Cosmetic rehabilitation is a major challenge after complete exenteration which leads to psychosocial problems often making the patient debilitated in spite of the complete freedom from the underlying cancers. However, in the past few years, enhanced knowledge of cancer genetics, cell biology, modern histopathologic diagnostic modality, advent of newer chemotherapy drugs, immunotherapy and stereotactic radiation techniques has led to decrease in the number of destructive surgeries like exenteration as well as enucleation.4 In spite of all this even if exenteration is indicated, then a less radical form of it known as lid sparing exenteration is getting widely popular especially for anteriorly located eyelid and conjunctival malignant tumors. This method has made the cosmetic rehabilitation easier and better where the patient satisfaction is guaranteed. These stuck on silicon orbital prosthesis used after lid sparing exenteration are easy to manipulate, clean and more lifelike. In a study done by Shields et al in 56 orbital exenterations, 47 were done by eyelid-sparing technique and only 9 by eyelid-sacrificing technique. The most common tumors managed by eyelid sparing technique being melanoma in 22 cases and four in eyelid tumors.5

In the eyelid sparing procedure, skin incision is given around the upper and lower lid in the subciliary line and dissection carried out in subcutaneous plane up the orbital rim. Rest of the dissection is carried out as above method. For large eyelid tumors with orbital invasion, exenteration is completed by moving the glabellar flap or suprabrow flap to close the socket thus making the cosmetic rehabilitation possible even when substantial amount of eyelid need to be sacrificed for tumor margin control. However even with lid sparing exenteration, cosmetic rehabilitation is expensive in places like India and subcontinent countries where silicon orbital prosthesis is still not easily available.

B. Dolar has sugseted a Cheek advancement flap which can be used alone or together with a forehead advancement flap to cover the large orbital defects after total or extended exenteration. This repair may be resistant to radiotherapy-related complications in some cases.6 As the eyes are the most important components of the face regarding aesthetics, the rehabilitation of patients undergoing exenteration is of importance. Patient confidence, self-esteem, and their return to normal social life are possible with the use of orbital prostheses. Spectacle mounted prosthesis is usually prescribed or some patients prefer to use eye patch.

There are no surgeries without possible complications and so on there are few major complications of orbital exenteration. Potential surgical complications include extensive bleeding, the thin ethmoid bones can be fractured during the surgery, leading to an opening or fistula between the orbit and the nasal cavity. CSF leaks can occur. Postoperative infection can generally be controlled with appropriate antibiotics. Sloughing of the skin graft is of little consequence because the socket can be allowed to undergo granulation. Intracranial infection is another potential complication of orbital exenteration which can be eliminated by obliterating the cavity in its entirety with soft-tissue free-flaps. This can provide for a safer and more therapeutic management of the socket leading to improved postoperative management and cosmetic outcome. Obliteration of the cavity provides a protective barrier that protects the cranium from a potential infection.7

A Kasaee in his 176 cases over 23 year study found there are increasing trend for exenteration over past 3 years. Among the Fifteen different tumors were identified, the most common indication was basal cell carcinoma 49 (28%) followed by 41 (23.5%) squamous cell carcinomas, 35 (20%) retinoblastoma, and 13 (7%) adenoid cystic carcinomas. In total, adnexal malignancies were the most common tumors, secondarily involving the orbit. Eyelids 89 (50.5%) and the globe 43 (24%) were the most frequent site of involvement.8

In conclusion, exenteration a debilitating surgery is mainly reserved for orbital invasive malignancies to achieve tumor control and is carried out along with chemotherapy and radiation wherever indicated. These procedures are mostly life-saving and are used as a part of multimodal treatment in achieving complete local remission. It should always be followed by cosmetic rehabilitation wherever possible by a well-matched prosthesis. Patient education on primary small periocular lesions can help in an earlier diagnosis of malignant lesions and so in reducing the number of exenterations to be performed.