Afghani: Smoke in the operating room

Smoke in the operating room 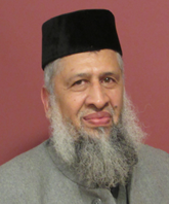 Mr. President! You wouldn't want your surgeons to sit in the Operating Room (OR) and smoke a pack-and-a-half of cigarettes while operating on their patients, but many are doing nearly the equivalent by creating surgical smoke and refusing to evacuate it. In an ophthalmology set-up, right on the top of the list of "surgical smokers" are from department of orbit and oculoplastics followed by vitreo retina folks.

Surgical smoke, a grossly neglected health hazards is facing operating room staff today. Surgical smoke includes roughly 150 chemicals, including 16 EPA priority pollutants, toxic and carcinogenic substances, viruses and bacteria.1 It will be of some interest to know that sevoflurane, a common anesthetic given during the operation, has been found in surgical smoke and has been reported to cause numerous adverse effects. Similarly it is suspected that type of the target tissues being cauterized like dermis, fat or muscle also influences smoke composition and its toxicity.

It is widely accepted that inhalation of smoke, specifically, the particulate matter (PM) found within smoke, can cause adverse effects on health. When diathermy devices, such as electrocauterization instruments, lasers, and ultrasonic scalpels, are used during surgery, surgical smoke, also called cautery smoke, surgical plume, laser plume, and diathermy plume, is released into the operating room. Although smoke evacuation devices exist, they are not often used in practice owing to inconvenience and lack of awareness. Most operating room staff acknowledge adverse symptoms (e.g., coughing, headache) from surgical smoke, yet few wear effective personal protection.2

Inhalation of PM can cause adverse consequences to the respiratory, circulatory, and nervous systems. The lungs can become irritated, and the smaller particles can be absorbed into the bloodstream. Studies have suggested a link between exposure to PM and systemic inflammation and hypertension.3 Many studies have shown a link between surgical smoke and the development of potentially fatal cardiovascular diseases.4 Studies have reported links between exposure to PM and increased risk of neurologic and psychiatric disorders as well as adverse birth outcomes, such as low birth weight and risk of stillbirth.3 Although the potential to spread disease through surgical smoke exists in theory, only human papillomavirus transmission has been seen.5 Studies have determined that the cancer risk from exposure to surgical smoke is greater than negligible. One study determined that the 70-year lifetime cancer risk from exposure to polycyclic aromatic compounds from smoke for the surgeon is 117 times greater than for someone exposed to safe levels.6

The sizes of the particles in surgical smoke are reported as 0.07 to 0.42 μm for electrocautery, 0.1 to 0.8 μm for laser ablation, and 0.35 to 6.5 μm for ultrasonic scalpels.7, 8 Studies have shown that most PM from electrocautery and lasers can be as small as 10 nm, and a large proportion is between 100 nm and 1 μm. This small size poses a problem in that some ultrafine particles within surgical smoke may be able to penetrate high-performing filters and masks.

Personal protection against surgical plumes by OR staff is almost non-existent. Surgical masks are used widely, but these do not protect against surgical smoke which requires special filtration masks (Medical Mask/N95 Filtering Facepiece Respirators). Procedures used for the elimination of smoke from the operating room vary widely. A large number of surgeons use dispersion for smoke clearance. A suction device is held close to the generated smoke and the smoke is then suctioned into a large canister on the other side of the room. It is recommended that the suction device be kept within 5 cm of the surgical site and have a capture velocity of 31 to 46 m per minute to ensure efficient removal of PM.10 The other form of smoke elimination system for the operating room is the smoke evacuator either attached to the conventional suction devices or directly built into electrocautery instruments. Commonly used filters are high-efficiency particulate air (HEPA) filters, and ultra-low particulate air (ULPA) filters or a combination of both. However, these filters must be regularly replaced to maintain efficiency because particles can assemble and later be broken down and released into the environment. Furthermore, microorganisms can potentially grow from deposited organic compounds, especially with the influence of moisture.11

In brief, surgical smoke contains numerous toxic, mutagenic, and carcinogenic compounds, sometimes exceeding recommended limits set by national and international health organizations. It is widely recommended to use a smoke evacuation device to purify the smoke and capture particulate matter. However practical difficulties, like noise, distraction, and limited space, along with a lack of knowledge on the hazards of surgical smoke, are important barriers for many surgeons to use these devices. Also, the smaller size of surgical smoke particulate matter and ultrafine particles make filtration difficult. Despite that, since there is no safe level of surgical smoke, evacuation of PM during surgery is recommended. Ophthalmic professional staff working in oculoplastics and vitreoretinal surgical services should preferably use special filtration masks.

A Ilce GE Yuzden MY van Giersbergen The examination of problems experienced by nurses and doctors associated with exposure to surgical smoke and the necessary precautionsJ Clin Nurs20172611-1215556110.1111/jocn.13455